In previous articles in this series, we introduced several different 9v9 formations. In this article we discuss the implementation of the 2-5-1 in the defending third when in possession, including the restart from goal kicks. 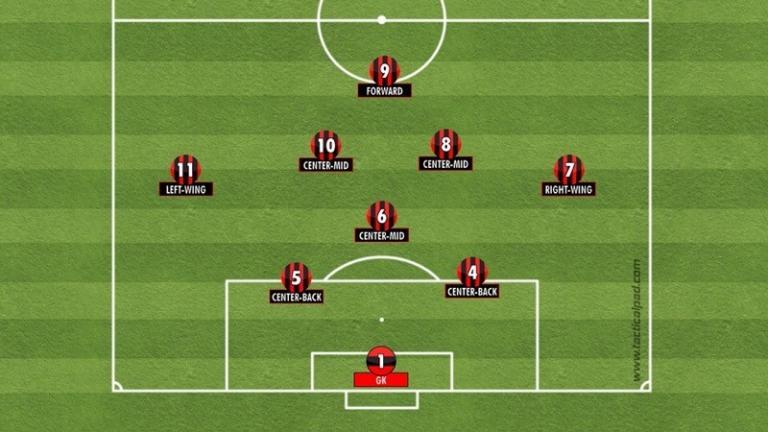 Due to the length of the information presented, we’ve broken this article into two parts. In Part 1, we’ll discuss background, objectives, and pragmatism. In Part 2, we’ll discuss some specific scenarios and possible solutions within our Game Model.

For many teams, the situation where a team is in possession in their defending third is when they are most vulnerable – to being scored on and, when this happens repeatedly, losing confidence and focus. The 9v9 age group presents some special challenges.

Due to the different ages at which players develop, we can see a wide range of sizes and abilities. This is especially true on the girls’ side. It is sometimes the case that one or two physically dominant players on a team can take over the match and dictate the outcome. A related scenario is playing against a team that has the ability to put longer distance shots on the frame. In this situation, losing the ball 20 yards from goal may result in an immediate first-time shot. Many 9v9 goalkeepers are unable to cover the crossbar, meaning the team that can loft shots will score goals.

The field dimensions can also dictate how teams approach playing in their defending third. In our club, the 9v9 fields are partitioned out of 11v11 fields. Because we have a relatively small 9v9 field size and artificial turf surface, there is a premium on technical skills to play the ball out under control. The alternative – booting the ball forward – is a poor option for us due to the short, quick field. A smaller field may also encourage an opponent to high-press possession, resulting in even fewer spaces to move the ball forward.

In contrast, many clubs have dedicated 9v9 fields of a larger size and with natural grass – which provides more space for players, resulting in more options to play and carry the ball into forward spaces and move out as a unit. A larger field size also places a premium on being able to play the ball over longer distances. A team that is able to play the ball over a 20-25 yard space in one pass – whether it is forward to a player in the middle third, or being able to swing from one side to the other, or from the goalkeeper to a wide teammate – will have more options and fewer opportunities for mistakes that lead to turnovers. The ability to make longer passes forces opponents to respect space and not attempt to “overpress” the player on the ball.

As we’ve discussed in previous articles in this series, our overarching objective in 9v9 is player development – physical, psychosocial, technical, and tactical. A motivation for the 9v9 format is to provide more opportunities for the players to interact with the ball and make decisions. The 9v9 format is a transition between the 7v7 and 11v11 games. We have noted previously our player development standards – IC3 – and our adoption of the TOVO methodology principles:

In our Game Model, our objective when in possession in our defending third is to be able to move our team and the ball into the middle third of the field, together. Our principles provide a set of tools and ideas that we can use to achieve this objective.

Philosophically, this sounds like a great strategy – aligned to what many consider a best practice in the modern game. Let’s consider a couple of situations and the concept of “build out of the back”.

The phrase “build out of the back” has, in many circles, overtaken tactical objectives as a top priority. We have observed teams – youth teams and professional teams – relentlessly attempt to possess the ball forward even when numbers-down and even when it has become clear that the plan is not working. We view “build out of the back” as a technique for achieving our tactical objective – moving our team and the ball together into the middle third. If we are playing on a large, wide pitch, we may be able to move our team forward with 2 or 3 passes. Or, if the opponent has overcommitted numbers – leaving our forward 1v1 – a direct pass to that player may be the “right” solution. If we are on a smaller pitch – and if the opponent is pressing – we may need a number of passes through several players in order to find the space to be able to get out of our end.

There may be a certain point that it is necessary to relieve pressure by playing a longer ball forward. Within our Game Model, “hoofing” the ball upfield is not our ideal first choice or second choice. But, as coaches who are responsible for developing players to advance in the game, we need to recognize that the mental breather of playing out of pressure and reorganizing into a defensive shape is more important than singlemindedly sticking with what is not working. We expect our players to solve problems on the field. We need to be willing – sometimes – to give up possession and regroup, looking for an opportunity to win the ball back higher up the field and start an attack from there.

Finally, we need to note an important tactical challenge in moving the ball into the middle of the field – allowing our team the opportunity to move up with the ball. There are a couple of situations to consider.

If our team has been “stuck” in our end and is able to find a teammate in the middle third, we want that player to be able to hold the ball long enough to allow our team to move up in support. Many players – particularly younger players, and especially players who have been waiting for a ball to come to them – will instinctively try to turn and run to the opponent’s goal. If we lose possession there, two things are likely to happen. If our team has started to move forward and we lose the ball, we are out of position to defend the counter. If we are consistently losing the ball in the midfield, and we are getting countered, our team will stop coming forward anticipating the counter, and we will be unable to attack.

The second situation is one in which our team has the physically dominant forward who is able to turn and take multiple players on and score goals starting from our half of the field. While this is preferable competitively from getting stomped on, it also creates some problems in player development. Our team will start to rely on this one player and will defer to their ability rather than taking risks and exploring options.

As a coach, we need to recognize our responsibility in improving the entire team and consider a rotation of positions and players or instructing the dominant player to come up with alternate solutions – for example dropping a ball back to a mid and moving in support of an overlapping run from one of the wings.