This session has a variety of activities that build into a shooting/finishing focused scrimmage.

The 4v4+2 activity is designed to develop the ability of the central players to work against a pair of defenders - receiving, turning, and finding targets (teammates). The 3v2 wave activity is intended to support going to goal in a numbers-up situation, relying on the players to determing their movements and (ideally) receive with the intent of shooting.

The 5v1,1v5 activity can be adjusted based on numbers and ability. For example, using 4v2,2v4 would put more pressure on the attackers to look for shooting windows. Consider rotations of the players in the "front half" - rather than pinning specific players, requiring "at most" 1 (or 2 or more) in the attacking half. The 4v4+4+4 activity can also be adjusted based on numbers. The key coaching point is to look to shoot early and - for players who are coming into the grid from the outside - take a positive first touch with purpose and look to score. 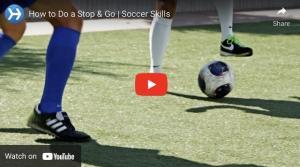