This session contains several activities that can be used to develop patterns of play for different systems and styles. In the 1v1 7 gates game, make sure to make the work-to-rest ratio so that players are giving a full effort during each round - suggested 30 seconds on / 30 seconds off. Consider rotating players between rounds. In the 4v1+1d game, note the movement of the 2nd defender to step in when the ball switch grids and the previous 1st defender to take the 2nd defender role. When the ball switches, coach the player with their back to the new grid to backpedal rather than turning away, and to communicate as a group when the switch is on. The 5v2/6v4 and 5v5+2+1 can be used to develop specific movements between thirds of the field for the off-ball players. 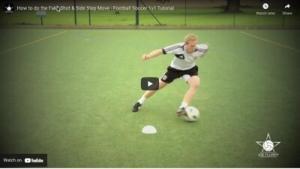